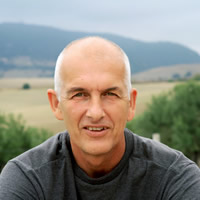 Richard Pitt has practiced homeopathy for over 30 years. He originally trained and practiced in the U.K. and also studied homeopathy in Greece and India. He has been involved with homeopathic education for many years, running a school in San Francisco for 12 years, and also teaching throughout the country. He was involved with the development of standards of practice and education, serving on the board of the Council for Homeopathic Certification for 17 years, which has established the largest accreditation organization in North America. He also served on the boards of the Council for Homeopathic Education and the California Health Freedom Coalition, which established the legal framework for the practice of alternative and complementary medicine in California. He was also on the board of the California Homeopathic Medical Society and still edits the journal of this organization, the California Homeopath. He is the author of one book on the homeopathic study of tobacco and has written many articles for leading homeopathic journals, both in Europe and North America.

He has also spent over eight years traveling the world and has spent much of this time in India and parts of Africa. He has been involved in three different projects in Africa, including establishing a school in Ghana and working in an integrative medical clinic, and in Malawi he helped establish a homeopathic clinic in a rural part of the country. In Kenya he has been working with an existing homeopathy school, helping to establish a professional association and assisting in the educational development of students and graduates of the school. He has been working with homeopaths throughout the world, including Brazil, India, U.K, Australasia and North America.